Types of Glaucoma and Their Symptoms

Medically Reviewed by Dr. Melody Huang, O.D.
16 sources cited
Vision Center is funded by our readers. We may earn commissions if you purchase something via one of our links.

Glaucoma is an umbrella term that refers to a series of eye conditions that cause permanent damage to the optic nerve, which is the communication pathway between your eyes and brain.

Glaucoma is caused by fluid build-up in the front of the eye, leading to increased eye pressure on the optic nerve. This high pressure is also called ocular hypertension. If left untreated, it will cause irreversible damage and eventually blindness.

Early treatment can prevent vision changes and blindness. However, there is not a cure for glaucoma. If you are diagnosed with the condition, you will likely need to follow a treatment plan for the rest of your life.

There are five different types of glaucoma. They are categorized based on the underlying cause.

5 Types of Glaucoma and Their Symptoms

The front of your eyes produces a constant flow of clear liquid (aqueous humor) to help keep them nourished and healthy. This liquid is also responsible for eye shape and normal intraocular pressure (IOP).

The liquid must drain out of the eye at the same rate it comes in to maintain a constant pressure. It does this through the drainage angle. If the balance is off even slightly, IOP can increase, causing glaucoma and permanent damage to the optic nerve.

Acute angle-closure glaucoma is a less common type of glaucoma. It is caused by the iris (controls how much light comes in) slipping into a position that blocks the drainage angle. This blockage results in your eye pressure increasing rapidly, causing an acute attack.

Acute angle-closure glaucoma is a medical eye emergency that needs to be treated by an ophthalmologist immediately before permanent vision loss or blindness occurs.

Warning signs are usually noticeable right away and include:

If you have any of these symptoms, seek medical treatment right away. A delay in treatment could result in blindness.

Since acute angle-closure glaucoma is a medical emergency, the first line of treatment will include steps to decrease eye pressure.

After the pressure stabilizes, you will need to visit an ophthalmologist immediately. They may recommend laser or conventional surgery to create a channel in which fluid can exit the eye. Eye doctors will typically prescribe daily eye drops and other medication to keep the IOP within a normal range.

Open-angle glaucoma is often associated with a gradual progression of increased IOP caused by a slowing drainage rate, similar to a clogged drain.

Since it happens over time, there is typically no pain or symptoms to warn you of the increased IOP and damage to the optic nerve. The absence of symptoms can lead to a late diagnosis when vision loss has already started.

The first warning signs of open-angle glaucoma are typically blind spots in your peripheral vision (side vision). Other symptoms may include:

Treatment for open-angle glaucoma typically includes a combination of medication and either laser or glaucoma surgery.

Secondary glaucoma occurs due to a secondary medical issue that causes the increase in eye pressure, such as:

Secondary glaucoma can be either the open-angle or angle-closure type of glaucoma and may occur in one or both eyes.

Common types of secondary glaucoma include:

Pigmentary glaucoma is another common type of secondary glaucoma. It develops from pigment dispersion syndrome when pigment material breaks free and clogs your drainage angle. Pigment material gives your eye color and is located on your iris.

Pigmentary glaucoma is rare and often caused by vigorous physical activity such as jogging or basketball in people with pigment dispersion syndrome.

Depending on the underlying cause of secondary glaucoma, there may not be any signs or symptoms until changes in vision are noticed.

Treatment for this type of glaucoma will include first treating the root cause of the IOP increase. If the problem persists, medication and surgery may normalize the intraocular pressure.

People diagnosed with this type of glaucoma have normal eye pressure. It is currently considered a form of open-angle glaucoma.

Because normal-tension glaucoma is a type of open-angle glaucoma, there usually are not any signs or symptoms until the optic nerve damage progresses into vision loss.

Normal-tension glaucoma is treated with a combination of medication and a form of either laser or traditional surgery.

Congenital glaucoma, also called childhood glaucoma, occurs when a baby’s drainage canal does not develop properly in-vitro. It is typically diagnosed within the first year of life and is often hereditary. It is a rare condition.

Symptoms of congenital glaucoma typically include:

Surgery and medication are the gold standards to treat this type of glaucoma. Many babies with childhood glaucoma go on to live full lives.

What are the Risk Factors for Glaucoma?

While people of any age can get glaucoma, those over 60 are at a much higher risk. People can have glaucoma in one or both eyes.

These risk factors include:

Early detection is critical for stopping glaucoma. Diagnosis is made during a comprehensive eye exam by a licensed eye doctor.

The cause and type of glaucoma will determine glaucoma treatment. The initial goal of treating glaucoma is to get the intraocular pressure down to a normal level. This is typically done through daily eye drops and other forms of medication, including:

Laser surgery and traditional surgery are commonly used to correct the problem with the drainage angle.

These surgeries may include:

Can You Prevent Glaucoma?

Glaucoma is a severe disease, but with routine eye exams, it can be prevented.

Knowing your risk factors and the signs and symptoms can help stop the progress of glaucoma before vision loss occurs.

Glaucoma, also called the "sneak thief of sight," is particularly dangerous. It often doesn't have any symptoms or warning signs until the advanced stage of the disease. For this reason, it is crucial to get routine eye exams from an optometrist or ophthalmologist.

There are five different types of glaucoma, and they are typically categorized in either the open-angle or angle-closure kind of glaucoma, depending on the fluid drainage issue. The leading cause of glaucoma is an increase in intraocular pressure that damages the optic nerve.

The gold standard of treating glaucoma is a combination of medication and either laser or traditional eye surgery to allow fluid to flow evenly and decrease intraocular pressure.

Acute angle-closure glaucoma is a medical emergency and should be treated immediately before permanent sight loss occurs. 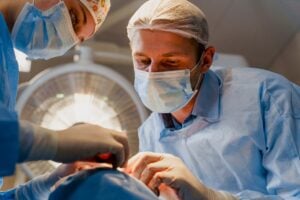 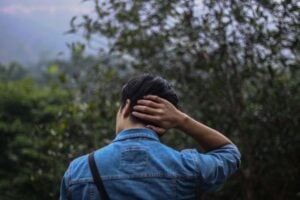 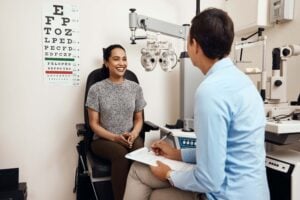 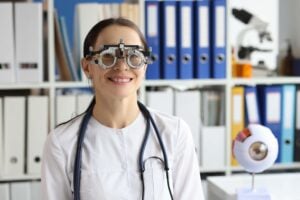 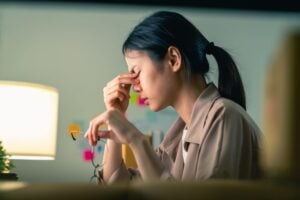 7 Causes and Treatments of Pressure Behind the Eyes

7 Causes and Treatments of Pressure Behind the Eyes