What is the Orbital Bone?

The orbital bones join to form the orbit or socket of the eye, where the eyeball rests.

The orbital structure provides pathways for the eye to connect with the nerves, lacrimal apparatus, adipose tissues, blood vessels, and extraocular muscles. This enables the eye to move and function properly.1 It also protects the eye from injury in case of head trauma.

However, these bones are delicate and can sustain fractures during a traumatic head injury, which may result from a car accident, impact during contact sport, or during a fistfight.

Seven types of bones form the different sections of the orbital structure. These include:

Let's look at how these seven orbital bones join to form different parts of the eye socket (orbit):

The lateral wall is sturdier than the rest of the orbital walls. Together, the walls function as a barrier against trauma to the eye and anchor muscles that support eye movement. They also serve as a passage for nerves and blood vessels.

Orbital rim fractures are caused by trauma to the face, most commonly from a car accident. Considering the force required to cause this fracture, other injuries like facial bone and brain injury may also occur.

It may also cause damage to other parts of the eye, such as the optic nerve, eye muscles, tear ducts, and sinuses near the eye.

The two types of orbital rim fractures are:

Direct orbital floor fracture occurs when the rim fracture extends to the socket floor. The fracture is thought to occur due to increased intraorbital pressure. This causes orbital bones to break at their weakest point.

A blowout fracture occurs when the floor of the eye socket cracks. This causes a small hole that can interfere with eye muscles and other nearby structures. However, the bony rim of the eye is not affected.

Someone with a blowout fracture may experience difficulty moving their eyes, resulting in double vision.

This fracture may result from blunt impact with an object larger than the eye socket, such as a hockey puck, a baseball, a hammer, or a fist.

According to experts, about 85% of orbital bone fractures happen while playing a contact sport, doing repairs, at work, or during car crashes.4 Men who work in certain physically demanding jobs or have violent tendencies are at a greater risk of orbital fractures.5

Yes. A severe orbital bone fracture can cause vision issues such as double vision (diplopia), bruising around the affected eye, or difficulty making eye movements.

Other orbital fracture symptoms may include:

In most cases, the fracture can be treated with antibiotics, painkillers, decongestants, and cold compresses to reduce swelling.7 The body eventually heals on its own. However, in the case of a severe fracture, surgery may be the best option.

During recovery, bruises and swelling will heal first (within 7 to 10 days). The fracture may take longer to heal, and the timeline will depend on the severity of the damage.

Your ophthalmologist may advise against sneezing with the mouth closed, blowing your nose, or using a straw for several weeks to avoid further injury. 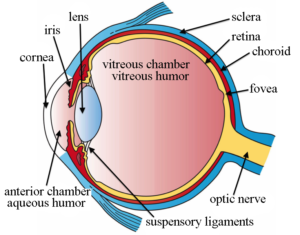 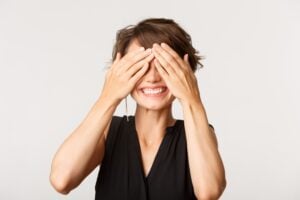 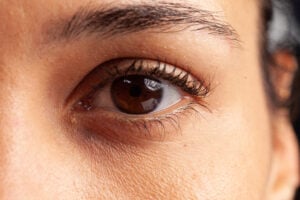 Iris of the Eye 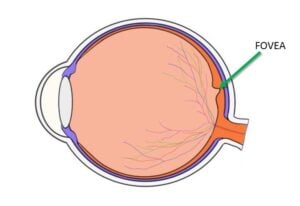 Fovea of the Eye

Iris of the Eye

Fovea of the Eye