Like all eye colors, hazel eyes are a product of melanin, the same pigment that influences hair and skin color.

Your genes control how much melanin pigmentation is produced in your iris, which is the thin, circular structure in your eye that gives it its color. In the iris, different colors result from the amount of melanin present and how it is dispersed.

In addition, there are two varieties of melanin: The first is called eumelanin. Eumelanin produces brown eyes when it's abundant and blue eyes when it is more diffuse in the iris.

The other variety of melanin is called pheomelanin. People with higher levels of this can seem to have eyes with a yellow tint.

In people with hazel eyes, both types of melanin are present, but in different amounts and at different parts of the iris. 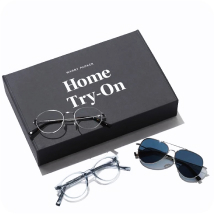 The more melanin you have in your iris, the darker your eyes are. People with the most have melanin brown eyes. Those with the least have green or blue eyes (they’re also the rarest eye colors).

That gives their eyes the combination of brown (or yellow) and green that they are known for.

Genetics determines how much melanin pigmentation your iris produces, but this is more complicated than one gene.

At least 16 different genes influence eye color. These genes interact with each other in complex ways — ways scientists don’t yet fully understand.

They are pretty rare. About 5% of the world's population has hazel eyes.

Though anyone can have them, hazel eyes occur most in those whose ancestry is from North Africa, the Middle East, Brazil, and Spain.

What’s the Difference Between Green and Hazel Eyes?

Like those with hazel eyes, green-eyed people also have both types of melanin in their irises. The difference between them is how the pigments are spread out.

Green eyes are more evenly dispersed and scatter the light that hits them in a way that looks green to an observer.

Hazel eyes also have areas of green, but their uneven distribution of pigments produces areas of brown or gold as well.

One color may appear as a ring around the pupil while the other color may be on the outer edges of the iris. There may even be colored flecks within the iris.

They’re sometimes mistaken for green eyes for this reason.

If you have green eyes with gold or brown flecks, those are hazel eyes.

Are People With Hazel Eyes More at Risk for Eye Problems?

People with light-colored eyes are more susceptible to ocular melanoma, also known as eye cancer. This is cancer of a layer of the eye called the uvea.

Fortunately, ocular melanoma is rare, affecting only six of every million people in the U.S. each year.6

What Celebrities Have Hazel Eyes?

Various celebrities have hazel eyes, including:

Changing Your Eye Color With Contacts

While your natural eye color is permanent, that doesn’t mean you have to live with it. Colored contacts are an option for those who want to experiment with a different eye color.

Colored contacts come in a variety of colors, from subtle to bold, natural-looking and not. They’re often used in the movie industry, and can be a fun way to experiment with different eye colors.

Colored contacts aren’t easy to get, though  — the FDA regulates them, so if you want some, you’ll have to ask your doctor for a prescription.