LASIK eye surgery can enhance your quality of life. It can add convenience and remove stress by eliminating the need for glasses or contacts.

In the Food and Drug Administration’s (FDA's) PROWL (Patient-Reported Outcomes with LASIK) studies, 96 to 99 percent of participants who received LASIK were satisfied with their results.

The American Refractive Surgery Council also states that LASIK is safe. This has been proven through a "huge amount of clinical research supporting its impressive record for both safety and effectiveness."

This refractive surgery makes changes to the cornea. LASIK surgery can permanently correct vision problems, including astigmatism, nearsightedness, and farsightedness.

The treatment can improve vision and have a positive and long-lasting effect.

During eye surgery, LASIK surgeons use an excimer laser to reshape the cornea. This procedure eliminates refractive errors instead of correcting them like glasses and contact lenses do.

The procedure is generally safe long-term. However, like with any refractive surgery, there are some potential risks.

A small percentage of LASIK patients may experience side effects, but most side effects clear up within a few days to weeks.

LASIK is one of the most effective and common elective surgeries available. Patient satisfaction with LASIK laser eye surgery is very high.

Generally, if you have reasonably good vision with only mild refractive errors before LASIK surgery, you’ll have improved vision and excellent results following the procedure.

Before LASIK surgery, it’s essential to consider what you hope to achieve with the procedure. This helps you define and meet your expectations.

LASIK surgery results in a permanent change to your eyes, so you should know as much about the procedure as possible before committing to it. 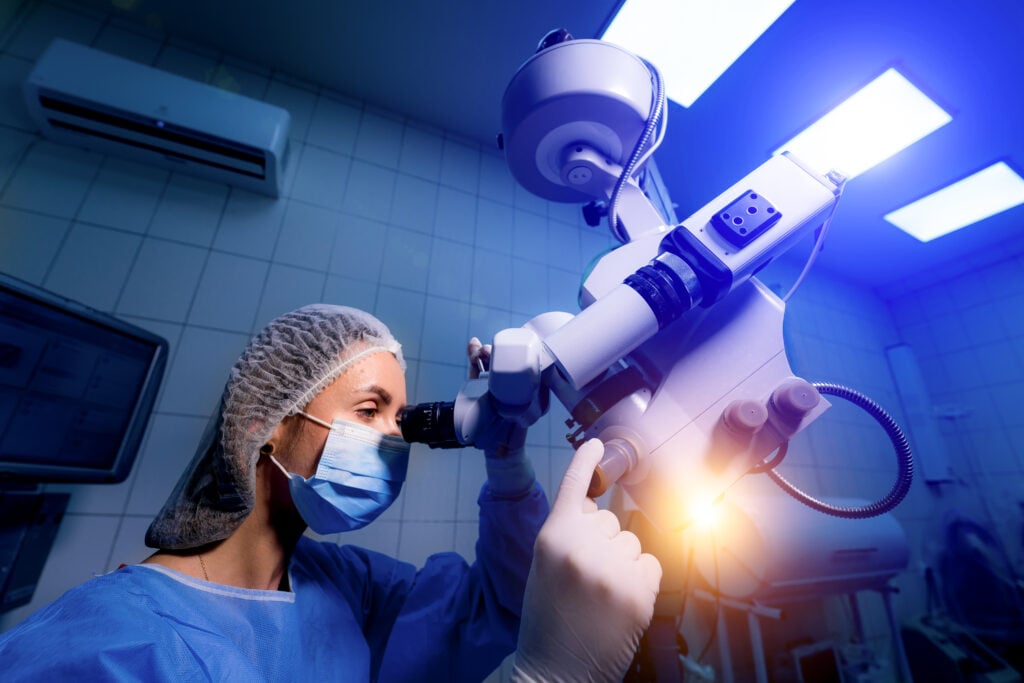 Common Side Effects of LASIK

There are some common side effects of LASIK eye surgery. These include:

Close to half of patients who receive LASIK surgery report one visual disturbance. Halos are the most common. These are bright circles surrounding a light source, resembling headlights.

However, these side effects are often mild. During the first year after surgery, only one percent of patients report that the visual side effects require corrective lenses or prevent them from continuing with normal everyday activities.

There are various LASIK risks and potential complications. However, they are rare.

If the eye correction is more significant, LASIK complications are more likely to occur. Likewise, the procedure and results may be less predictable.

In rare cases, vision may eventually return to previous levels. This is often due to difficulties and issues with the healing process, pregnancy, hormone imbalances, or other vision problems.

Vision loss is another incredibly rare complication of LASIK. This complication occurs in one percent of patients undergoing the procedure.

It’s essential to undergo a proper assessment before LASIK vision correction surgery to discuss the potential risk factors with your surgeon.

Diffuse lamellar keratitis (DLK) is a type of inflammation that leads to significant itching and discomfort. Between two to four percent of people who undertake LASIK experience DLK.

DLK occurs underneath the corneal flap created during LASIK. Issues may arise within around 24 hours after the surgical procedure.

People with DLK may feel as if their eyes are itching. When they visit their eye doctors or ophthalmologists, they may have an eye exam that delivers unusual results. Their eyes may appear hazy and cloudy.

Without treatment, DLK can result in severe eye damage. Cells in the eye may swell, and the cornea may scar.

To treat DLK, eye doctors or ophthalmologists use eye drops to reduce swelling, clear haze, and alleviate discomfort. After treatment, the condition resolves within five to eight days.

Frequent checkups are made to ensure that patients are healing correctly.

According to the FDA PROWL study:

More than half of patients (59%) with dry eye symptoms before surgery reported having no symptoms of dry eye 3-months after LASIK.

For those reporting residual dry eye symptoms, there were statistically significant decreases in the severity of symptoms at 3 months post-LASIK

For those patients with no symptoms of dry eye prior to surgery, approximately 30 percent reported experiencing symptoms at 3 months after LASIK.

The typical clinical experience with dry eye post LASIK is a gradual improvement of symptoms throughout the healing process, up to one year after surgery.

LASIK also benefitted those with visual symptoms (glare, starbursts, ghosting and halos) before surgery. More than twice the number of patients reported their pre-operative visual symptoms were gone at 3 months than those who reported an increase in symptoms at 3 months.

Is LASIK Better Than Glasses and Contacts?

Depending on the person, LASIK vision correction surgery can be an excellent alternative to glasses and contact lenses.

In 2014, a study presented at the American Academy of Opthalmology Meeting stated:

If you have healthy eyes, corneas that are not thin, and stable vision, you are a good candidate for LASIK surgery.

Besides the convenience and lifestyle advantages, that means less money spent on glasses, contacts, and maintenance supplies. 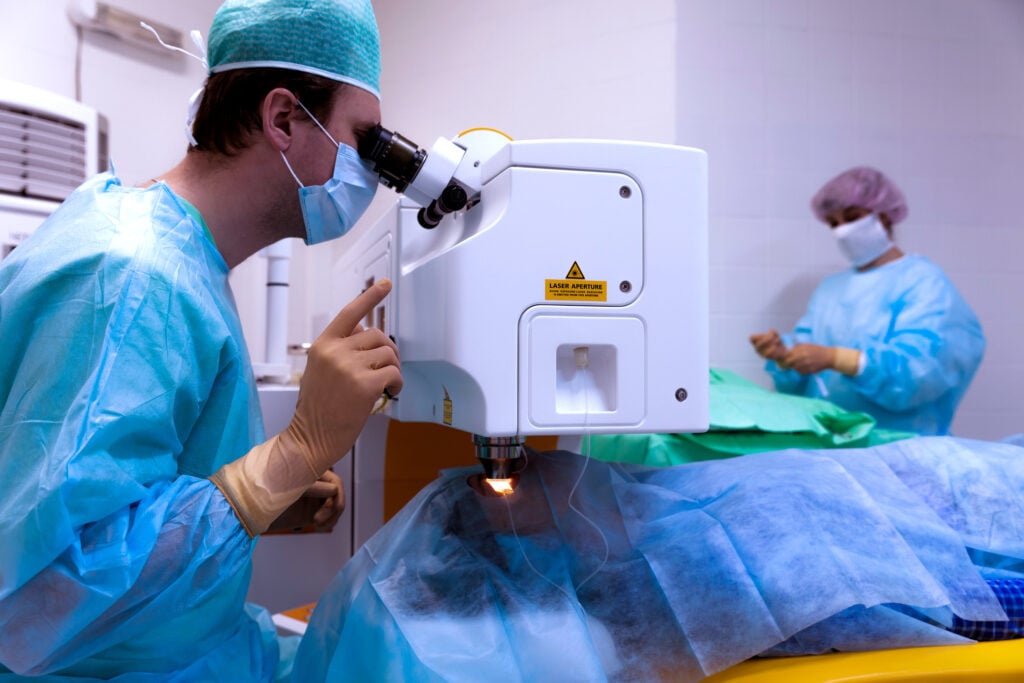 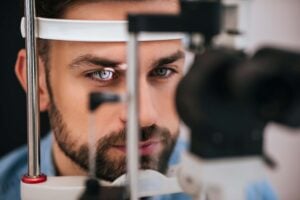 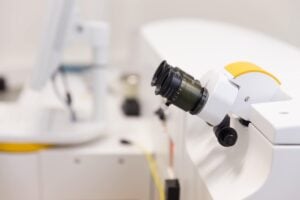 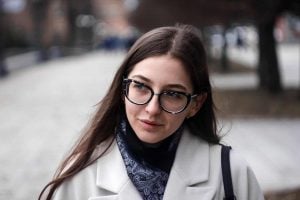 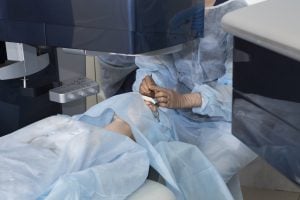 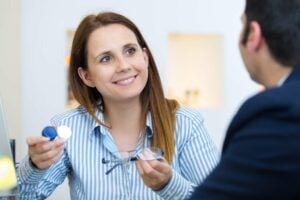 Ellie Swain
Content Contributor
Ellie is a full-time freelance writer, producing articles in various fields, including the medical industry. Ellie writes content in the areas of dentistry, addiction, mental health, and optometry. Her mission is to produce authoritative, helpful, and research-backed optometry content to encourage people to look after their eyesight and seek any treatment they need.