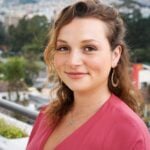 12 sources cited
Vision Center is funded by our readers. We may earn commissions if you purchase something via one of our links.

Enophthalmos refers to the increased depth and hollowing of the eye sockets.5 It’s more commonly known as sunken eyes.

Scientifically, enophthalmos means “the posterior displacement of the globe in an anteroposterior plane within the orbit.”9 This translates to eyes that look hollow.

For example, there may be dark shadows or dark circles underneath the eyes, around the lower eyelid. This may make you look tired or sick even if you have had adequate rest and are generally well.

Sunken eyes are a common sign of aging due to tear trough deformity (when the lower eyelid bags become more prominent).

If related to aging changes, sunken eyes are not any cause for concern. However, some people may not like the look of sunken eyes and, therefore, take steps to reduce them.

Several factors affect the look of the skin around the eyes, including age, weight, diet, and more.

Here are some pictures of sunken eyes for your reference:

What are the Symptoms of Sunken Eyes?

Some common symptoms of sunken eyes include the following:

Depending on the cause of sunken eyes, other symptoms may accompany them.

There are several causes of sunken eyes. Here are six common causes:

Aging causes sunken eyes. As you get older, your skin loses some of its elasticity. As a result, the sensitive skin around your eyes may begin to droop. This can make your eyes appear sunken.

Aging is a natural process that will have various effects on your body.

Not getting enough sleep? If you are feeling sleep deprived or have not had adequate sleep, you may wake up with the appearance of sunken eyes.

A lack of sleep can cause dark circles and bags to appear under the eyes.

Dehydration can take a toll on your health and your skin. Dehydration could cause the appearance of sunken eyes.

If you have an eye injury or fracture the bones around your eyes, this could cause you to have sunken eyes.2

You may also have inflammation and swelling from eye trauma that can make your eyes look sunken.3

What you eat can affect your health. That’s why it is essential to eat foods that boost collagen. Collagen is the body’s most abundant protein.

It’s important for your skin and your overall health, including your vision.6

But our bodies make less collagen as we grow older.4 If you eat a poor diet and do not get enough of your collagen-producing leafy greens, you may develop dark shadows under your eyes.

Excess alcohol in your diet can also hurt your collagen production.11

In fact, what you don’t and what you do put in your body can affect your skin. For example, smoking can drop your collagen count and, ultimately, the appearance of your eyes, too.4

Significant weight loss can also cause the look of sunken eyes since you lose fat not just in your body but also in your face.

Certain underlying medical conditions can cause sunken eyes. A sickness as simple as a sinus infection can make your eyes appear sunken and hollow.

On the other hand, more severe health conditions like thyroid disease can cause sunken eyes.1

Certain types of cancer may also be the culprit.

Can Sunken Eyes Cause Complications?

Sunken eyes are usually not anything to worry about. They typically happen with age and bad habits like poor-quality sleep and nutrition.

However, sunken eyes can be a sign of a bigger health concern.

When to See a Doctor for Sunken Eyes

You should see a doctor for sunken eyes if you have experienced an eye injury that has caused your sunken eyes. You may have a fracture.

You should also seek medical advice for sunken eyes if you are concerned that they indicate a more significant health concern.

If, for example, you are experiencing other symptoms with sunken eyes, you may have an infection. For example, look out for itchiness, redness, and excess eye crust. Vision problems may be a sign of a bigger concern like an eye disease.

There are various treatment options to get rid of sunken eyes:

AnnaMarie Houlis
AnnaMarie Houlis earned her B.A. in Journalism & New Media with a double minor in Creative Writing and Women, Gender & Sexuality Studies from Gettysburg College. She spent several years as an editor at the helm of New York City's lifestyle scene before transitioning into full-time freelance writing from all corners of the globe. A full-time traveler, AnnaMarie's work is inspired by her fieldwork in communities around the world and grounded in extensive, expert-backed research. Her mission is to empower readers everywhere with the knowledge and resources they need—for their eye health, included.
Medical reviewer: Dr. Melody Huang, O.D.

Dr. Melody Huang, O.D.
Melody Huang is an optometrist and freelance health writer. Through her writing, Dr. Huang enjoys educating patients on how to lead healthier and happier lives. She also has an interest in Eastern medicine practices and learning about integrative medicine. When she’s not working, Dr. Huang loves reviewing new skin care products, trying interesting food recipes, or hanging with her adopted cats.
Resources

This site complies with the HONcode standard for trustworthy health information:
verify here.